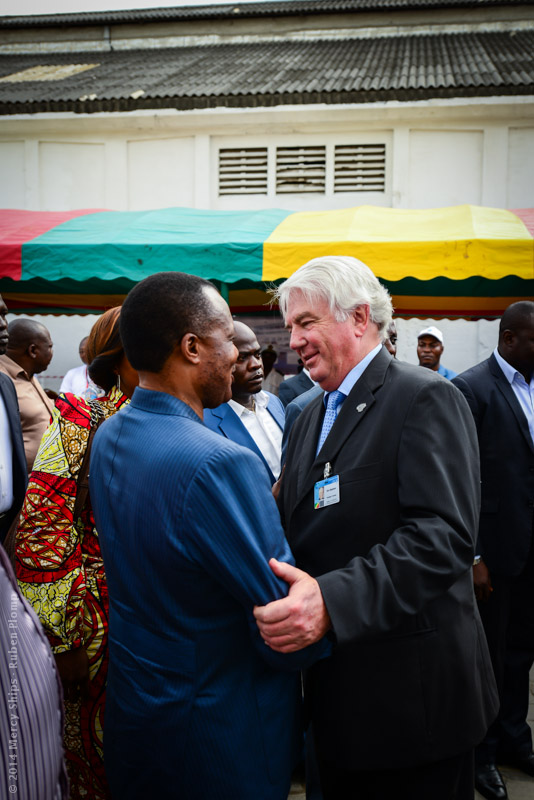 Although I am currently serving with Mercy Ships, everything
communicated here strictly reflects my personal opinions and is
neither reviewed nor endorsed by Mercy Ships. Opinions, conclusions
and other information expressed here do not necessarily reflect the
views of Mercy Ships.

Titles have never much impressed. I’m far more interested in the person behind the title. Maybe it stems from years of working at Starbucks where you can make coffee for someone day in and day out and you find out years later they’re an Academy award winner, or were an Olympian, or CEO of a major company. To me they were just my regulars and the only title I knew for them was: tall drip no room, grande in a venti soy extra hot no foam chai, or Iced grande Carmel macchiato. And somehow, good or bad, that’s carried over to my personal life too. It’s not that I have an authority issue rather I figure no matter who they are or what they do, at the end of the day they are just a man (or woman) and they still put their pants on one leg at a time.

A few days ago there was a tangible buzz in Pointe-Noire and on the ship. The port had been painted, container walls removed, guards looking their best, our Rovers were moved from the dock and  were replaced by party tents and posh chairs. Our crew were busy going about normal operations and getting ready for Congolese President Nguesso’s visit; cleaning from top to bottom, organizing and decorating and cooking and baking and so on.

From my vantage point at Reception I watched the controlled chaos unfold around me as everything came together. I helped when needed, which really wasn’t much and went about my normal routine seemingly unaffected by all the excitement, I’m not usually too bothered by meeting big names. For me it’s not so much that the President visited the ship as it was a man who took a risk on us visited the ship.

Say whatever you’d like about politicians as long as you remember they are still just men and women who put their pants on one leg at a time–they are human. And intrinsic to being human is the ability to love others. And when all is said and done, this man chose to love his people enough to invite Mercy Ships to Congo… He took a risk and now his country is reaping the benefits: transformed lives, increased healthcare education, renovated facilities and the list goes on.

I am not trying to make a political statement, all I’m saying is that a man made a choice some many months back, and that man got to see first hand the hope and healing his decision is making and I am thankful we had the chance to respectfully invite him into our home and hospital and thank him for the gamble he took.